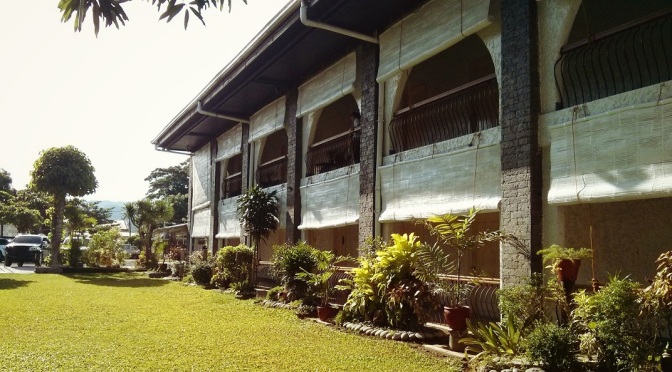 (Okay, so when I was looking through my travel photos, I realized that I hadn’t reviewed the hotel a companion and I stayed at during last year’s trip to La Union, so pardon me while I put off the Davao hotel posts for another day and tackle this one first.)

First of all, let me just say, when traveling somewhere, I make it a point to do a bit of research on the place where I’m going so I don’t look like a sitting duck when I get there. But excitement caused one of the biggest oversights I’ve ever made as a traveler. I was so looking forward to trying out surfing again that I overlooked an important detail while searching for a place to stay: the location. Yup. Travel 101, right? Stupid, stupid me.

In my haste to finalize the plans of my short La Union trip with a friend, I mistakenly booked a hotel in Bauang, which is two—yes, two—towns away from the province’s surf capital of San Juan. Just to put this erroneous decision into perspective, travel time would be about 40 minutes by private vehicle. A little inconvenient but still fine, right? Not for a couple of travelers who are taking public transportation and are unfamiliar with the routes, terminals, etc. Weaving through throngs, asking around, and walking to and from jeepney stops, it would take us a little over an hour just to get to the surf beach, and the same amount of time going back, or a shitload of money taking a private tricycle the entire way. Fun.

But the thing is, we were so taken by the photos of the nice rooms and their equally attractive bathrooms (I’m a sucker for nice hotel bathrooms) that I hit “Book” on Agoda before realizing my mistake. Talk about being taken by beauty before getting to know it better. But it’s a good thing we weren’t catfished. It turned out it was actually a case of serendipity (a happy accident, FYI). Let me explain.

Villa Estrella Resort Hotel in Bauang is a nice little accommodation conveniently located along the highway, so if you need to get to the town center (or the beach, like us), all you have to do is walk out of the resort’s gate and hail public transport. From the outside, it’s kind of old-timey, with its kind of aging overall structure and traditional-looking furniture.

I know what you’re thinking: “You said ‘nice,’ so where is the ‘nice’ part?” Well, since I mentioned the restaurant, I’ll go ahead and mention that the food’s great. We got to Villa Estrella early on our first day and decided to have breakfast right there since we were a bit wiped out (we’d been up since late the night before and have only managed short naps during the five-hour bus ride from Manila to La Union and I’m droning on an on again even though you probably don’t care about this part). I ordered a plate of pancakes, which turns out came in three humongous and fluffy slabs with coffee and juice priced at Php180. (Then for dinner, I had this really big and tasty cheeseburger—no relation to the one at  McDonald’s—with crispy fries for an equally reasonable price.)

Then we were informed that the deluxe room we booked had an issue, so we were upgraded to a premier for free, but the room wasn’t ready yet, so no chance for early check-in. That was fine; we wanted to get to the beach anyway. We decided to change into our swimwear before heading to the beach, and the person at the front desk directed us to the guest bathroom, which was surprisingly nice. It looked and smelled clean, was fully stocked with toilet paper and hand towels, and the toilets had bidets. Loved it. 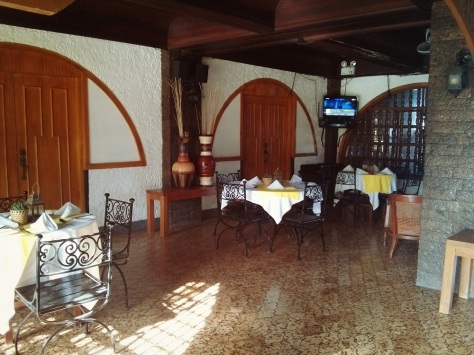 By the time we got back to the hotel after a day at San Juan’s surf beach, it was nightfall. We were raring to check in and shower so we stopped at the front desk to pick up our stuff, which they stashed for us, and set off for our first-floor room. (I should mention that the building has this open floor plan, wherein when you open your door, it faces a garden/courtyard with lots of plants and trees. I needed to explain that because should you stay there, you can expect bats to occasionally wander into the halls.)

So we enter the room… and it’s huge. Clean. Spacious. The beds were just comfortable (a good thing, because I did my traditional hotel bed dive), and the bathroom was pristine. Let me tell you, after a long day of  traveling and being sticky for multiple hours, it was such a sight for sore eyes (and sorer feet). After each taking a hot shower, we fell asleep while eating junk and watching cable on the flat screen. 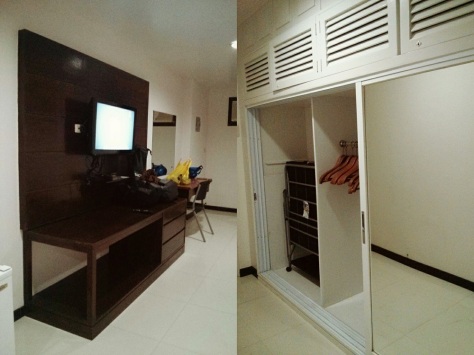 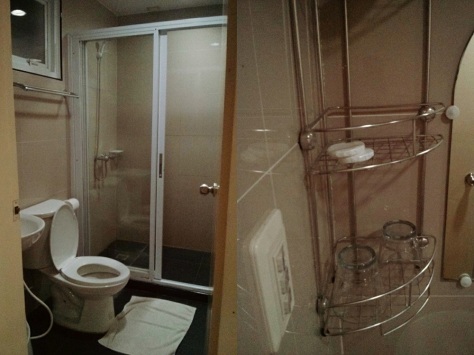 The staff was nice and accommodating too, from the front desk (Butch, I think his name was) giving helpful directions with a smile, to the grounds staff greeting you “good morning” when you pass them. 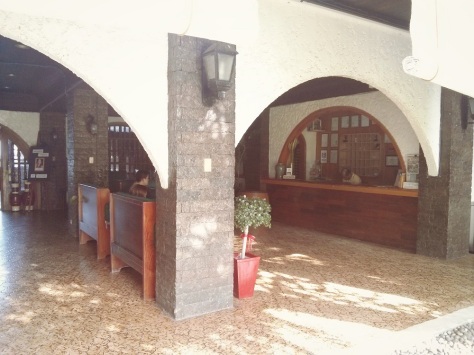 Now for the downsides. While it’s a beach-side resort, don’t get too excited. To me, the sea is there more for ambiance than actual swimming. It’s like the resort is built against a sea wall (there are steps leading from the restaurant down to the water), so you can imagine how strong the waves are and how difficult it would be to try and take a dip. 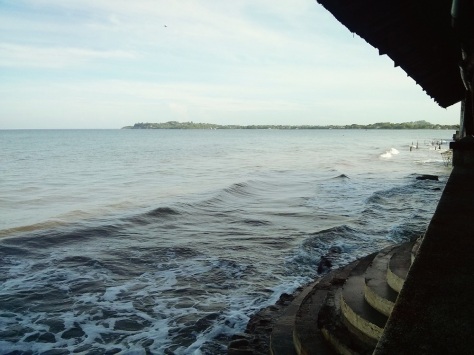 They also have little in the way of amenities; they have a restaurant and bar, but no other activities that I could tell, like a game room or a swimming pool. Basically, it’s a place for rest after you’ve exhausted yourself with activities everywhere else. There was some construction going on, though,  so maybe that will eventually change.

All in all, Villa Estrella is pleasant enough that  you’d actually look forward to getting back to it after spending a lot of time and energy at the beach or touring the towns of La Union. So I guess it’s not such a bad thing that I was so hasty with my mouse button finger, and I’m not just saying this to save face. If I find myself coming back to the province, I’d consider staying here again.